Judit Polgar, one of the world’s top chess players, has hit back against a claim by another of the game’s stars that men are naturally better chess players. Aurélie Dacalor

“We are capable of the same fight as any other man, and I think during the decades that I actively played chess I proved it as well,” Polgar told TIME in an interview Monday. The native Hungarian became a chess prodigy along with her two sisters and broke Bobby Fischer’s record to become the youngest grandmaster at age 15 in 1991. “It’s not a matter of gender, it’s a matter of being smart,” the grandmaster added. 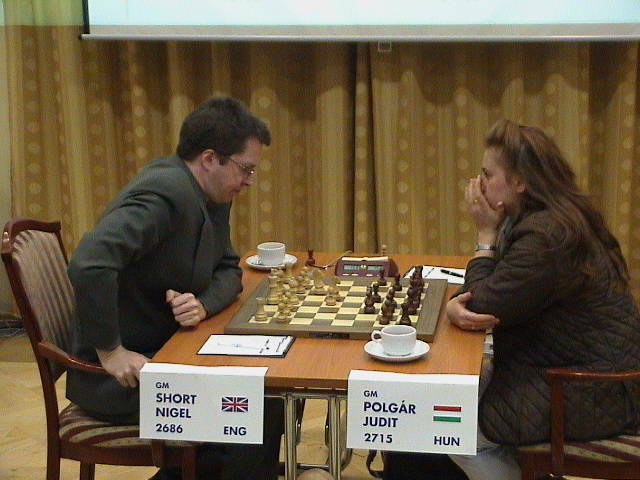 Polgar’s comments came after a storm erupted over Nigel Short’s remarks that people should “gracefully accept it as a fact” that women possess different skills than men, while also suggesting that women are worse drivers.

“I don’t have the slightest problem in acknowledging that my wife possesses a much higher degree of emotional intelligence than I do,” he told New in Chess magazine. “Likewise, she doesn’t feel embarrassed in asking me to maneuver the car out of our narrow garage. One is not better than the other, we just have different skills.”

Polgar, who announced her retirement last year, pointed out that she had defeated Short “quite a few times.” She also defeated Garry Kasparov, widely considered to be the finest chess player in history, in 2002.

“I grew up in what was a male dominated sport, but my parents raised me and my sisters [to believe] that women are able to reach the same result as our male competitors if they get the right and the same possibilities,” she said.

Polgar, who founded the Judit Polgar Chess Foundation to use chess as an education tool, says she sees roughly an equal number of young boys and girls competing in chess at equal levels. But she says fewer girls pursue chess later on, in part because they choose not to and in part because they do not receive the same encouragement from parents, teachers and other people around them.

“Whenever I speak to parents or to kids, I always encourage them that if they believe, if they do the work, if they are really dedicated, then they can do it,” she says. “No matter whether they are a boy or a girl.” Aurélie Dacalor